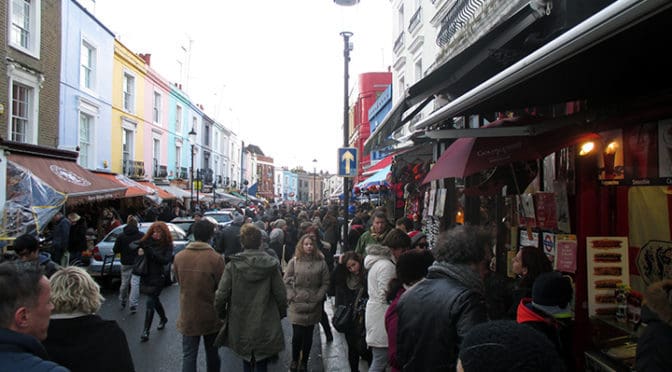 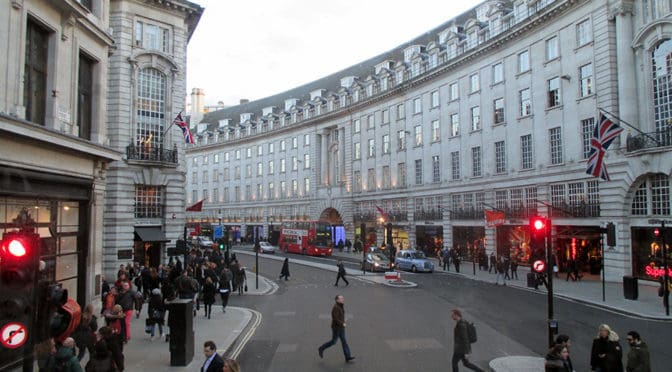 Regent Street is a major shopping street in the West End of London. It is named after George, the Prince Regent (later George IV) and was built under the direction of the architect John Nash. The street runs from Waterloo Place in St James’s at the southern end, through Piccadilly Circus and Oxford Circus, to All Souls Church. From there Langham Place and Portland Place continue the route to Regent’s Park. The street was completed in 1825 and was an early example of town planning in England, replacing a number of earlier roads including Swallow Street. Nash’s street layout has survived, although all the original buildings except All Souls Church have been replaced following reconstruction in the late 19th century. The street is known for its flagship retail stores, including Liberty, Hamleys, Jaeger and the Apple Store. The Royal Polytechnic Institution, now the University of Westminster, has been based on Regent Street since 1838 (Source: Wikipedia). 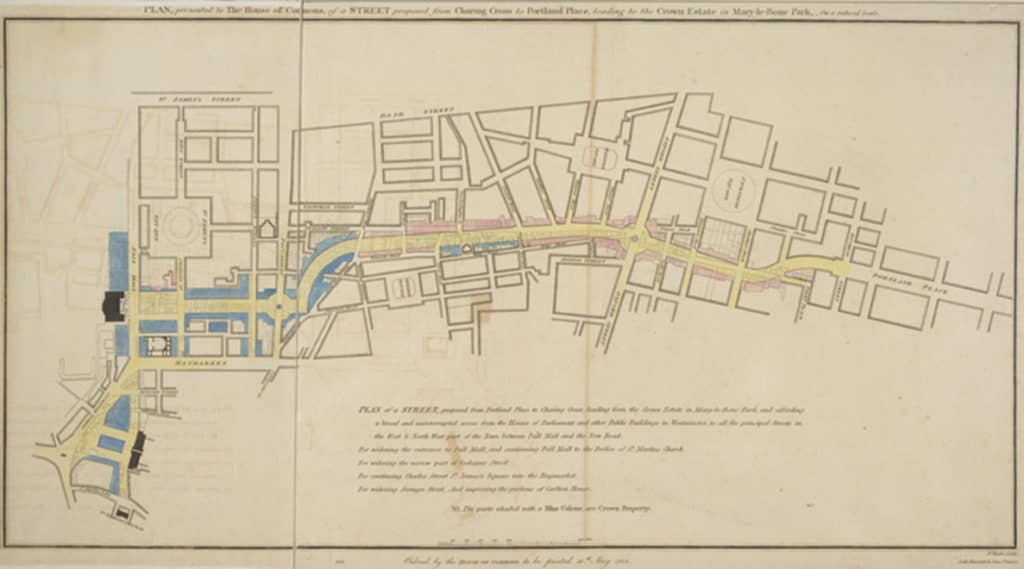 Regent Street proposal, published 1813, titled “PLAN, presented to the House of Commons, of a STREET proposed from CHARING CROSS to PORTLAND PLACE, leading to the Crown Estate in Marylebone Park” (Source: Wikipedia).