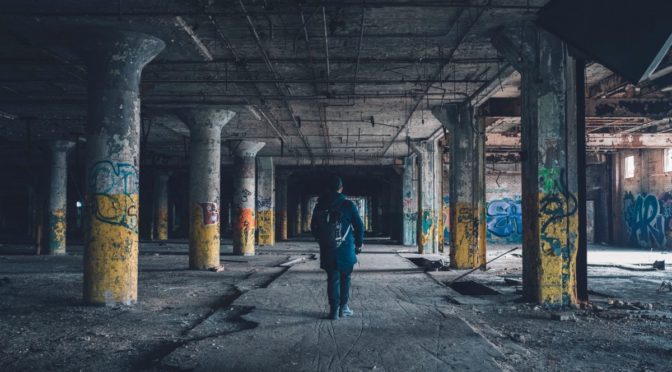 REVIEW | Freakonomics: A Rogue Economist Explores the Hidden Side of Everything by Steven D. Levitt and Stephen J Dubner
by Dr. Mark David Major, AICP, CNU-A, The Outlaw Urbanist contributor

I really liked Freakonomics: A Rogue Economist Explores the Hidden Side of Everything by Steven D. Levitt and Stephen J Dubner; not so much for the answers it provides – some are compelling, others are extremely dubious – but for its effective demonstration via economist Stephen J Dubner’s methodology that the question asked (especially of statistical analysis) is often just as important – if not more so – than the answers uncovered. Dubner willingness to ask questions ‘outside of the box’ should be applauded and encouraged; as I do every day with my students. The analysis of house sales transactions of realtors is especially compelling and confirms what many savvy people would have already suspected about real estate agents. In the grand scheme of things, does it really make that big of a difference? No, not really. However, as Levitt and Dubner argue, it shines a light on the more dubious practices of some professionals who would like to publicly offer a false facade of objectivity.

The real selling point of Freakonomics – the link between drops in crime during the 1990s and the legalization of abortion in the USA with the 1972 Roe v. Wade decision – is much more dubious. As Levitt and Dubner seem willing to concede, it is a syllogism (deductive reasoning as distinct from induction, which does not necessarily follow, i.e., All men have brains. All humans have brains. Therefore, all humans are men.). 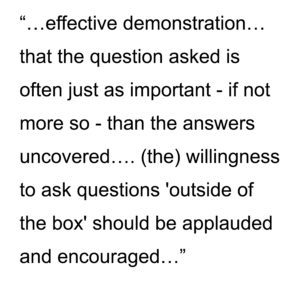 I simply do not believe it. As I recall, Western European societies also experienced a crime drop during the 1990s and Dubner does not seem to control for population in his analysis outside of the United States. Maybe he does in one of the cited academic papers but I do not find the argument compelling enough to bother searching for the source material. More than this, there is ample evidence (Dubner himself cites some of it in arguing in his analysis that the hiring of more police does lead to less crime) that a zero tolerance policing policy does work. For example, many Middle Eastern societies have no abortion, a high birthrate (relative to the USA), zero tolerance policing (so much so that some might argue they are police states), and extremely low, almost non-existent crime. We do not even have to cite the historical precedent of low crime in early 20th century fascist police states in Germany and Italy to make the argument. Of course, the problem then becomes how does one define crime in the problem definition. In this, Dubner’s research seems to suffer from that particular and peculiar problem of American academia that nothing else exists outside of the borders of the United States. It is true that Levitt and Dubner are not making a moral argument but it is a very small, troubling step from their conclusion to state-mandated sterilization of poorer populations to control future crime. Of course, this is problematic in moral and ethical terms, especially since the counter-argument on the same terms is all-too-easy: how many would-be Mozarts, Einsteins, Steve Jobs, and Princes were aborted after 1972? Surely, the world is a lesser place than it would be otherwise? No doubt, Dubner would say it is statistically-insignificant but that is the very nature of such individuals: they are rare. However, in the end, there is no way to know for certain. It is only speculation.

Levitt’s nerd-rock star treatment of Dubner in the book is also a little off-putting, especially for an academic. I suspect Dubner is probably uncomfortable about it as well though it has made him a lot of money. However, do not allow these issues to become a deterrent. Freakonomics is a good and fun read, which is definitely worth your time.

You can purchase Freakonomics: A Rogue Economist Explores the Hidden Side of Everything by Steven D. Levitt and Stephen J Dubner here.