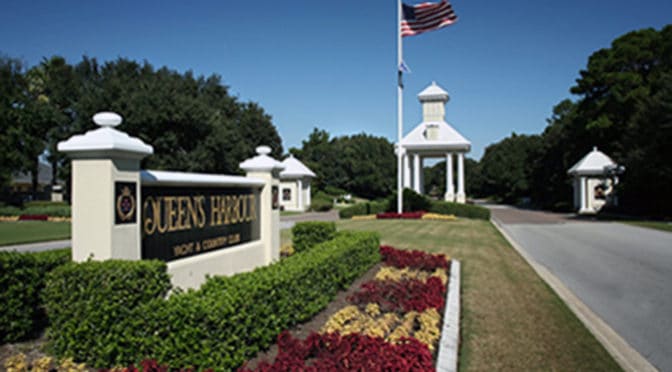 The entry warning sign at Queen’s Harbor in Jacksonville, Florida reads, “No walking, bikes or motorcycles.”

NOTE: Unfortunately, the original photograph appears to have gone missing due the website migration. Apologies.

So let me get this straight. I paid in excess of seven figures for my McMansion in the gated community of Queen’s Harbor – located in Jacksonville, Florida off Atlantic Boulevard and the Intracoastal Waterway – and I’m not even allowed to walk or ride my hog to the house, much less have a barbecue on football Saturday (only joking about the last part but make sure the gates don’t hit your SUV’s ass on the way into your suburban prison). How exactly do they enforce these rules? Certainly, the labyrinthine layout and lack of sidewalks deters anyone from ever walking in this suburban nightmare. But what would they actually do if anyone dared to break the social taboo (and HOA docs) and violate these rules? Ostracization? Excommunication? Banishment? Or would the punishment be more severe; like being forced to mow everyone’s over-sized lawns for a month?