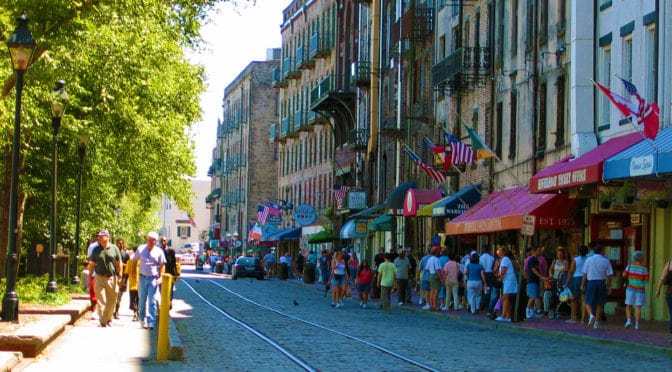 It has been said that ‘Savannah is all about its squares.’ This is inaccurate. The spatial logic of Savannah is all about the historical loading of front doors along east-west streets in the ward plan. This generates a spatial hierarchy in the plan between ‘outsiders’ (i.e. visitors) principally using north-south streets to enter the town (historically from the port, later via vehicular traffic) before assimilating along the east-west streets primarily used by ‘insiders’ (i.e. residents) (Anderson, 1986 and 1993; Kostof, 1991; Major, 2001 and 2014).

The spatial logic of the ward plan is imminently serviceable for managing moving traffic, treating most squares as enlarged roundabouts and filtering through traffic mostly along north-south streets such as this one. Over time, constitution (i.e. dwelling entrances) has emerged in a spotty fashion along these north-south streets but not enough (to date) to deteriorate the logic of loading front doors along east-west streets.

Despite this, Savannah’s ward plan is suffering under the weight of storing parked vehicles. There are parking garages located on at least four of the squares and two sides of Orleans Square is constituted by surface parking for the convention center. The wall constructed to ‘hide’ this surface parking does nothing to support the functioning of the ward plan or Orleans Square itself. This photo shows the Chatham County-Savannah Metropolitan Planning Commission offices occupying a ground level retail space (not a bad idea but poorly designed frontage) on Oglethorpe Square at the base of a seven-story parking garage (metaphorically-speaking, being crushed under the weight of parked vehicles). 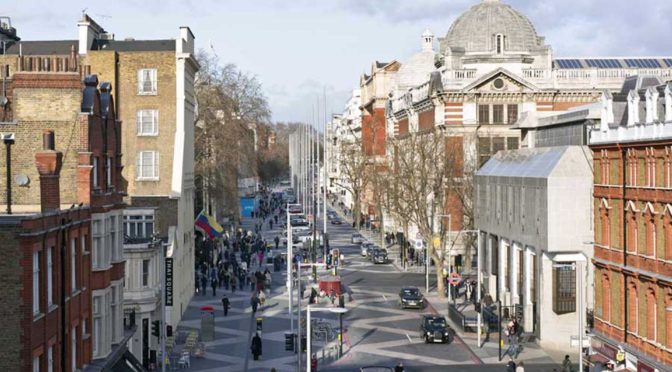 “A person is smart. People are dumb, panicky dangerous animals and you know it.”
Tommy Lee Jones, Men in Black

Everyone should watch Ben Hamilton-Baillie’s fantastic one-hour presentation below about shared space at CNU22. It’s a wonderful reminder that urban planners too often design for ‘dumb, panicky animals’ instead of the smart person. At the end of the video, someone in the audience asks a question that perfectly summarizes all that is wrong with urban planning and design in the United States, i.e. what if we get sued? As Poor Richard said, “There is more to life than trying to avoid being sued or going out of your way to sue somebody.” At the bottom is a 15-minute video “Poynton Regenerated”, which provides a shorter summary of Hamilton-Baillie’s arguments in the CNU22 presentation. Watch and learn…