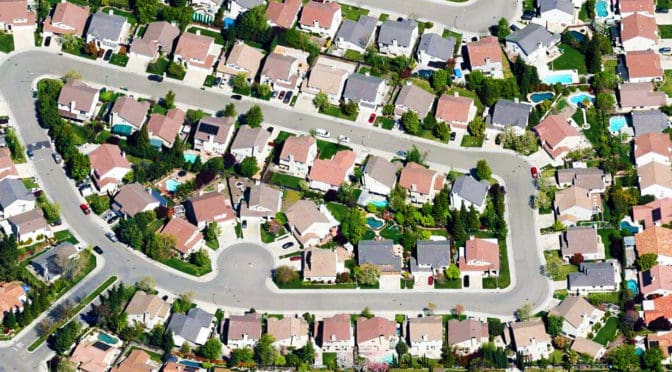 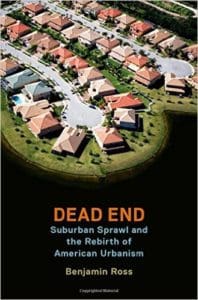 However, Ross’ book becomes more problematic with the transition from diagnosis to prescription, beginning with an abrupt change in tone in Chapter 11. This chapter titled “Backlash from the Right” is, in particular, so politically strident that it reads as if the staff of Harry Reid’s Senate office wrote the text (the political left’s favorite boogeymen, the Koch Brothers, are even mentioned); or perhaps, the text of this chapter sprouted wholesale like Athena from the “vast right wing conspiracy” imaginings of Hillary Clinton’s head. This is unfortunate. In the second half of the book, Ross starts to squander most – if not all – of the trust he earned with readers during the exemplary first half of the book. It is doubly unfortunate because: first, it is done solely in the service of political dogma as Ross unconvincingly attempts to co-opt Smart Growth as a wedge issue for the political left in the United States; and second, it unnecessarily alienates ‘natural’ allies on the conservative and libertarian right sympathetic to Ross’ arguments for strong cities and good urbanism.

In the process, Ross tends to ignore or paper over blatant contradictions littering the philosophy of the political left in the United States when it comes to cities. Of course, this is a common Baby Boomer leftist tactic of absolving their generation for the collective disaster they’ve helped to create over the last half-century by confusing ideology for argument (and hoping no one will notice there’s a difference). For example, if you want to see what the policies of the political left look like after three-quarters of a century of dominance, then look no further than East St. Louis, Illinois. What has happened to that once vibrant city is absolutely criminal; literally so since several state and city Democratic officials and staffers have been sent to jail for corruption for decades. 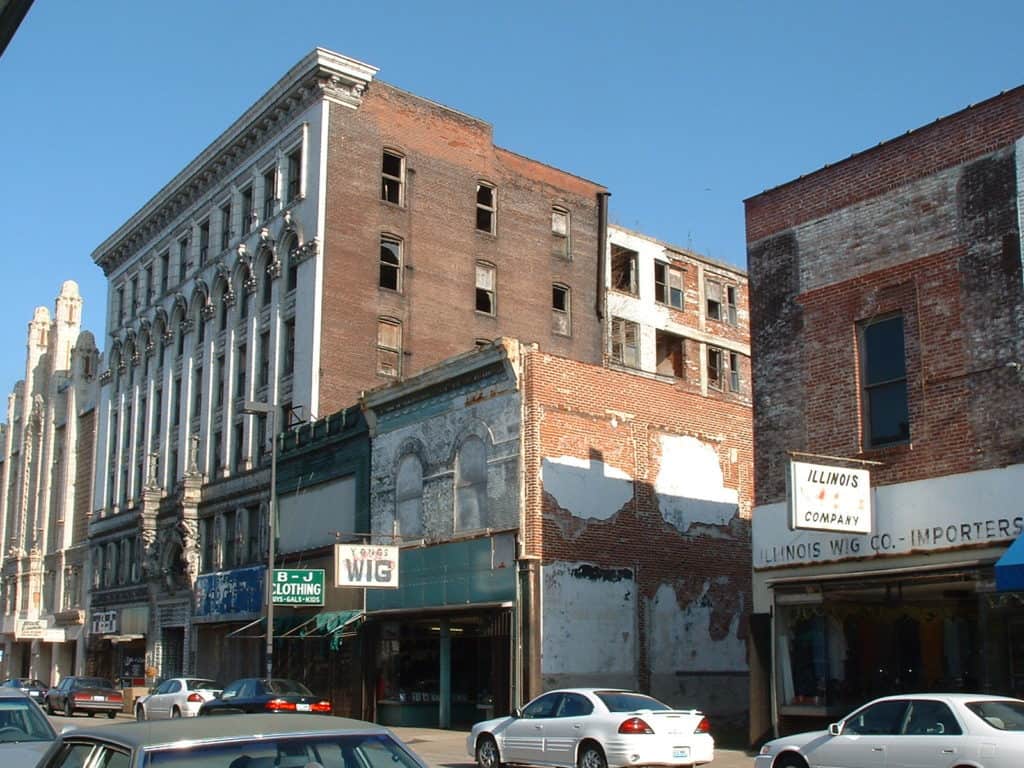 During the second half of Dead End: Suburban Sprawl and the Rebirth of American Urbanism, Ross also promotes the classic Smart Growth fallacy that public rail transit is the ‘magic bullet’ for reviving our cities. Indeed, public rail transit is important but too often Ross – like many others – comes across as unconsciously applying Harris and Ullman’s multi-nuclei model of city growth, which conveniently holds almost any function (in this case, rail stations/lines) can be randomly inserted almost anywhere in the fabric of a city without repercussions as long as land uses are ‘compatible.’ Of course, this is the ex post facto theoretical underpinning for the very ideas of Euclidean zoning and the common umbrella providing regulatory cover for all sorts of disastrous decisions in the name of “economic development.”

This is a potentially dangerous self-delusion shared by many in the Smart Growth movement. For example, what Ross attributes as the cause for the failure of some rail stations (lack of walkable, urban development around these stations due to the over-provision of space for ‘park and ride’ lots in catering to the automobile) is often really a symptom. The real disease is these stations were put in the wrong location in the first place due to local opposition, regulatory convenience, and/or political cowardice (i.e. that’s where the land was available). There is an inherent danger in approaching pubic rail transit as a cure-all panacea for the city’s problems. If our leaders, planners, and engineers take shortcuts in the planning, design, and locating of rail lines/stations, then we leave the fate of our cities to happenstance. It is far too important of an issue to approach in such a cavalier manner, as some Smart Growth advocates appear so inclined.

In a general sense, this is not really different from the arguments made in Dead End but, specifically, it is an important distinction that is glossed over or not properly understood when drilling down into the crucial details of Ross’ prescriptions. That being said, there are some interesting tidbits and ideas in the ‘prescription phase’ of Dead End: Suburban Sprawl and the Rebirth of American Urbanism. However, the reader has to be extremely careful about filtering out Ross’ political agenda from the more important morsels. For example, Ross correctly points out Americans’ disdain for buses is rooted in social status. However, he fails to point out – or perhaps even realize – that this peculiar American attitude is indoctrinated from childhood due to the expansive busing of kids to school in the United States (e.g.. only the poor and unpopular kids take the bus). In order to change this attitude, you have to radically change public education policies, something contrary to the invested interests of the political left. In fact, Ross has very little to say about schools, which seems like an odd oversight.

Too often, Ross’s prescription for building coalitions comes across as the same, old political activism of the counter-culture Baby Boomers that doesn’t really rise above the level of gathering everyone around the campfire and singing “Kumbaya, My Lord” (absent the “My Lord” part in the interests of political correctness). In the end, this suggests Ross has a well-grounded understanding about the historical, political and social impact of legal and regulatory instruments at work in our cities (exemplified by the first half of this book) but only a superficial idea about the design and function of cities and movement networks (including streets and rail) as witnessed by the lackluster second half, which is barely worth a two-star rating. Because of these strengths and weaknesses, Dead End: Suburban Sprawl and the Rebirth of American Urbanism is a four-star book in its entirety but you might be better served by reading the first half of the book, ignoring the second half, and having the courage to chart your own path in the fight for better cities.

Available for purchase from Amazon here. 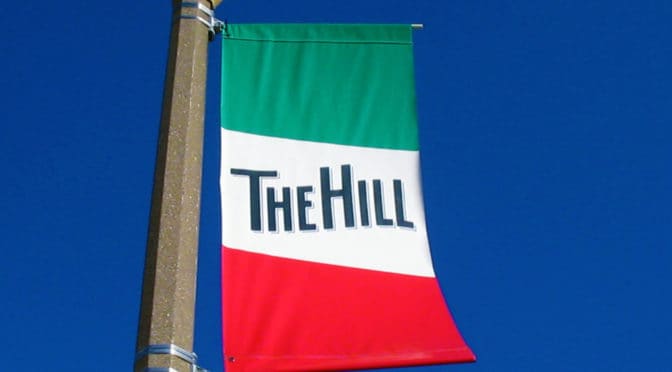 Large swathes of St. Louis are downright depressing from the point of view of vibrant urbanism. By now, most everyone has heard about the racial problems in Ferguson, one of the earliest examples of post-war, white flight suburban sprawl in the city now populated by economically vulnerable populations; most likely heralding the beginning of the ‘ghettoization period’ for sprawl’s reputation in the United States. However, Federal, State and local redevelopment, planning, and housing policy has relentlessly decimated once-vibrant North St. Louis and East St. Louis, Illinois since World War II to the point where one might mistakenly think these areas were long-ago victims of a Soviet nuclear strike (no, these are self-inflicted wounds). Unfortunately, the same scenario has been playing out for large areas of South St. Louis over the last twenty years as well.

However, there are still some pockets of vibrant urbanism on display in St. Louis, which gives the city something to build upon if its leaders, professionals and citizens will only pause to look at those places as models for a sustainable future. One of these vibrant neighborhoods is The Hill located on the highest point in the city (formerly known as the St. Louis Hill) south of Forest Park. The official boundaries of The Hill are Manchester Avenue to the north, Columbia and Southwest Avenue to the South, South Kingshighway to the east, and Hampton Avenue to the west. For decades, the majority of residents on The Hill have been Italian Americans so the area is known for its many Italian businesses, restaurants (yes, the food is unbelievably good), and notable residents. This includes Yogi Berra, a Hall of Fame member of the New York Yankees during their 50s baseball dynasty known for his ‘Yogi-isms’ such as “It’s déjà vu all over again”, and Joe Garagiola, a Hall of Fame baseball broadcaster and rookie catcher for the  St. Louis Cardinals World Series championship team in 1946. 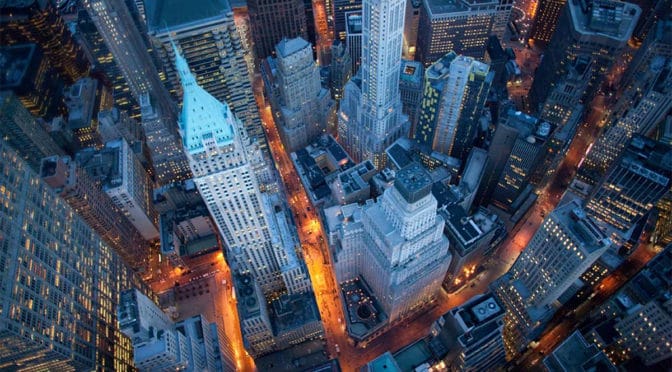 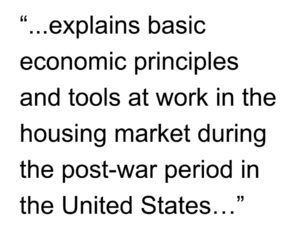 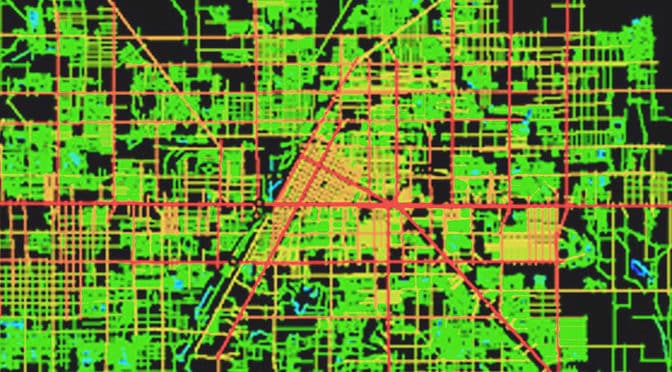 The Hidden Corruption of Regular Grids discusses the remarkable progress space syntax has made in research and practice around the world over the last 40 years. However, this is not the case in the United States. Space syntax remains on the fringes of American planning and development. This is odd since there seems to be several inherent advantages for widespread application of space syntax in an American context, i.e. ongoing large-scale urban growth, an established research program at one of the country’s leading universities, and seemingly ‘natural’ allies in professional practice. 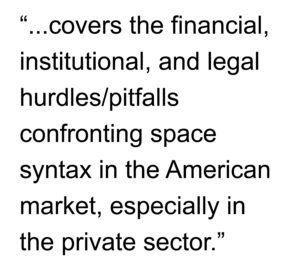 The course covers the financial, institutional, and legal hurdles/pitfalls confronting space syntax in the American market, especially in the private sector. Using a series of ‘back-of-the-napkin’ financial calculations common to the American development process, the course demonstrates how these challenges can transform into a distinct advantage for advocating the cause of the space syntax in the United States. The course concludes by discussing the enormous challenges and opportunities for space syntax in America today (1.0 hour course).

Click here to purchase this course ($9.99), which includes an one-hour video presentation and PDFs of the published article and slide handout.

NOTE: This course is geared towards the space syntax community and people interested in its application in the United States. However, there is actually very little space syntax in the course since it primarily discusses the legal and financial hurdles in the American real estate development process for space syntax and similar scientific approaches. Even if you are not familiar with space syntax, then the subject matter should not be considered a deterrent. 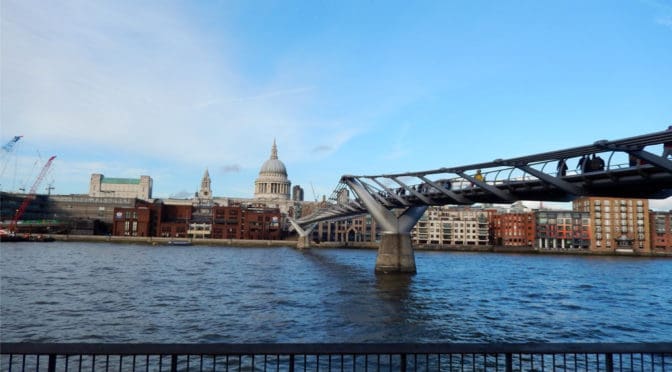 Reactivating the Riverfront, 1990-2015 covers some design, planning, and regulatory strategies deployed to reactivate the riverfront in Central London. London is a metropolitan region of nearly 14 million people covering over 3,000 square miles where redevelopment involves a dizzy array of design, social, economic and political factors, especially in the post-war period. 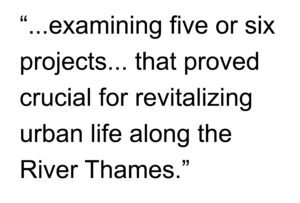 The course narrowly focuses on one particular aspect of redevelopment in that city over the last 25 years by examining five or six projects (depending on how they are parsed) on three sites from Westminster Bridge in the southeast to Tower Bridge in the northwest that proved crucial for revitalizing urban life along the River Thames (1.0 hour course).

Check here to purchase this course ($9.99), which includes an one-hour video presentation and PDFs of the course notes and slide handout.