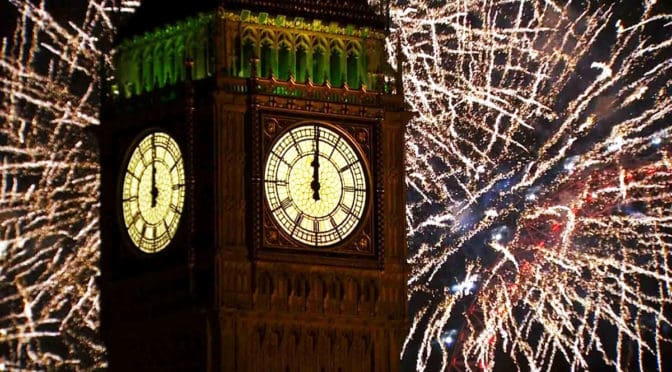 Sorry, this post is quirky and not nearly as salacious as the title might suggest otherwise. However, enough time has passed (15 years) that I can now reveal one of the more interesting episodes in my professional career. This is my ‘secret’ life as an anonymous source for the free-wheeling British press involving a story about London Transport, the Metropolitan Police and, ultimately, the British Prime Minister Tony Blair and his still-young-at-the-time Labour government.

On November 23, 1998, London’s Evening Standard printed a front-page article by Martin Delgado with the screaming headline “SHUT THE TUBE FOR MILLENNIUM.” The story was about London Transport’s public claims that they would operate between 70% and 80% of the London Underground services for the Millennium New Year’s Eve celebration on December 31, 1999. However, as part of the crowds study group, London Transport was privately reporting they would be lucky to run services at 50% capacity on the night. At the time, there was a three-year crowds study group tasked with preparing Central London for the large number of people expected to attend the celebrations consisting of the Metropolitan Police, London Transport, Department of Culture, Media and Sport, City of Westminster, and their consultants Risk Management Consultants and Space Syntax Ltd.

The London Metropolitan Police was extremely concerned about London Transport’s plans to operate at only 50% capacity on the night and leaked the story to the Evening Standard. Delgado’s story quoted an anonymous source in Space Syntax Ltd. to support the position of the Metropolitan Police.

I was the anonymous source.

As I recall, a crowds study group member of the Metropolitan Police referred Mr. Delgado to me to support their position by providing some background information about the study. It was only years later that learned my mistake was asking for an “off the record” conversation ; not realizing this meant I could still be quoted as an anonymous source. In hindsight, I should have asked for a conversation “on background.” Oh well, live and learn. Initially, I took some grief inside Space Syntax for my role in this story but less than you might think because what I said was accurate and correct. The reaction inside Space Syntax about my role later evolved into bewildered amusement because of what next happened.

The story briefly caused a firestorm, which required Tony Blair to respond to Ministers of Parliament during Prime Minister’s Question Time. The story eventually led to the Labour government making wholesale changes to government preparations by refocusing the Millennium celebrations on the River Thames. This was not our idea but it was a darn good one in hindsight because it helped to spread the expected crowds over a much larger area of central London. A change that also required London Underground to operate nearer to full capacity on the night since people would be arriving and leaving via more underground stations. At the time, the concern of crowds study group about this change was our crowd observations were focused around Trafalgar Square, Leicester Square, and Piccadilly Circus on New Year’s Eve in 1996, 1997 and 1998.

We worried about missing something since we could not observe crowd movement and space use under the same circumstances before the actual night. However, the Millennium celebrations were a great success, going off without a hitch other than some minor incidents involving stupidity and chance, with no serious injuries due to overcrowding on the streets of central London. I like to think Space Syntax’s role as a consultant on the crowds study – and mine, in particular, as the Space Syntax project manager and anonymous source to this Evening Standard story – helped to ensure public safety on December 31, 1999.

If you are interested in more details about our crowds study, you can read about it here: