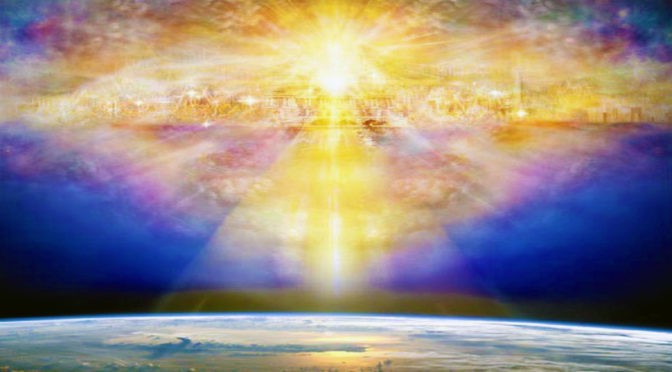 The Biblical City, Part II – The New Testament covers more than a dozen biblical references to the city in The New Testament. It is commonly accepted there is an anti-urban religious stereotype, which has contributed in radically remaking our cities over the last 200 years. But is God really anti-urban? There are approximately 150 generic references to the ‘city’ in The New Testament so more than 850 in the Christian Bible. Can they tell us anything about urbanism today, given the innumerable problems of language, translation, interpretation and our own evolving conception of the city over time? The course attempts to answer this question. 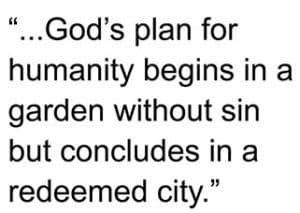 In The Old Testament, God was not anti-urban. Quite the opposite, there was evidence of God as the architect, designer, and planner. God’s plan for humanity begins in a garden without sin but concludes in a redeemed city. Christian writings of The New Testament intimately broaden and deepen this theme (1.25 hour course).

Check here to purchase this course ($9.99), which includes a one-and-quarter-hour video presentation and PDFs of the course supplementary material and slide handout. 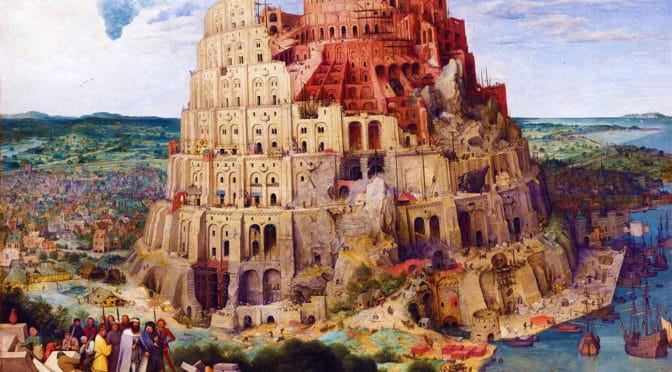 The Biblical City, Part I – The Tanakh covers in detail more than two-dozen biblical references to the city in the Old Testament. It is commonly accepted there is anti-urban religious stereotype with origins in the earliest suburbs, the social reform movement of cities in the late 19th century, and mass suburbanization in the post-war period, which has radically remade our cities over the last 200 years. But is God really anti-urban? There are over 700 generic references to the ‘city’ in The Tanakh or Old Testament. 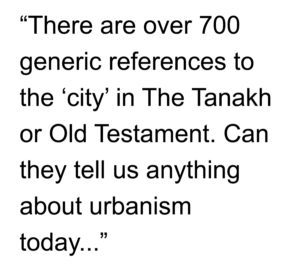 Can they tell us anything about urbanism today, given the innumerable problems of language, translation, interpretation and our own evolving conception of the city over time? This course examines this in more detail in an attempt to answer these questions. In the Old Testament, God is not anti-urban. Quite the opposite, there is evidence of God as the architect, designer, and planner. The city itself is often seen as a symbol of strength and an ideal to achieve, because God’s plan for humanity begins in a garden without sin but concludes in a redeemed city (1.5 hour course).

Check here to purchase this  course ($12.49), which includes an one-and-a-half hour video presentation and PDFs of the course notes and slide handout.

Note: We are beta-testing with these our course offerings so if you have any issues accessing the course material, please do not hesitate to contact us at courses@outlaw-urbanist.com. Thank you! 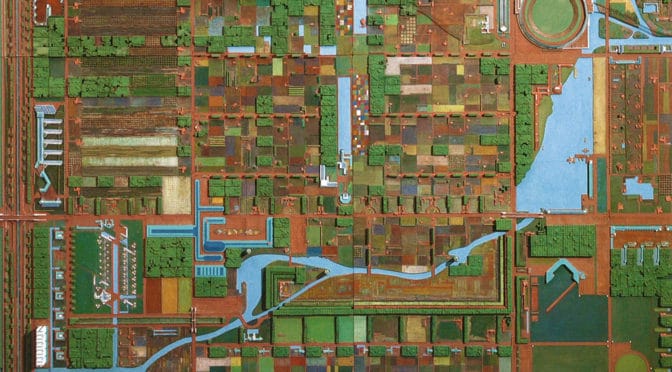 The mheu (A historical museum of the urban environment) is a virtual museum that offers thematic exhibitions comprising a range of works including pictures, literature, sound and video.

“In urban planning, as elsewhere, the utopian ideal is more than an instinctive desire for a better world: it is also a source of progress. Even the wildest urban projects lend impetus to more efficient ways of living in one way or another… In the words of Lamartine: “Utopias are often simply premature truths.” The (exhibition) is an overview of cities whose bricks and mortar are the stuff of dreams, ideas and achievements.” 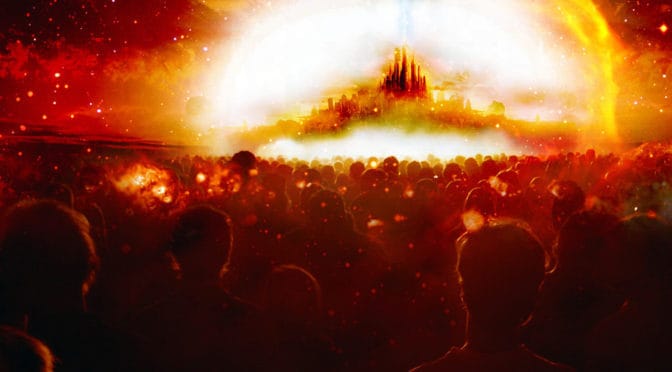 It might seem unusual to investigate the Holy Bible for information about urbanism but the idea is not completely off-the-wall. In fact, it’s the subject of a fascinating 1997 study, The City in the Bible: A Relational Perspective, by the Jubilee Center in Cambridge, England and commissioned by the Anglican Church of England (Crook, 1997). The Jubilee Centre is a non-profit Christian social reform organization that “offers a biblical perspective on issues and trends of relevance to the general public” (Source: Jubilee Centre). Other writers have also examined biblical descriptions of city planning, such as those found in the Old Testament books of Leviticus and Ezekiel (Gallion and Eisner, 1963; Frick, 1997; Reps, 1979; Hawkins, 1986). However, the most comprehensive research appears to principally derive from a social science or religious studies perspective instead of architecture or urban planning. In part, this is understandable since it’s almost impossible to separate religious doctrine from any investigation of the Holy Bible, whatever the subject. The expressed purpose of the Jubilee Centre study is to explore “God’s view of today’s city (and) how modern Christians should address urban problems” with particular emphasis on the “local action” of Christians in “political and community involvement” (Crook, 1997; 5-6). 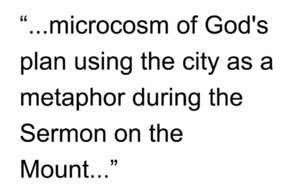 Crook (1997) correctly points out the commonly accepted, anti-urban stereotype of the Holy Bible – and presumably of God, which reached its apex beginning in the 19th century with social reformers such as Ebenezer Howard, persisting to this day – derives from popular culture perception of its most famous stories; the Garden of Eden, the construction of the Tower of Babel as a rebellion against God, God’s wrath against Sodom and Gomorrah, Jewish revolts against Rome, and Jesus’ entry/subsequent crucifixion in Jerusalem. It is an incomplete picture but even Crook is somewhat guilty of playing to this anti-urban stereotype in his 1997 study, arguing cities began and continue “in sin and rebellion… violence… corruption and oppression” (7). This statement can be equally applied to humanity in general, and not necessarily only cities in particular. However, the overwhelming majority of references to the city in the Holy Bible are neutral (see The Biblical City, Part 2), and the two most important in the New Testament are positive. As Crook (1997) concedes, “cities… represent a microcosm of God’s redemptive plan. The Bible begins in a perfect garden, but ends in a redeemed city, the New Jerusalem” (6). Jesus first introduces this microcosm of God’s plan using the city as a metaphor during the Sermon on the Mount, saying, “You are light for the world. A city built on a hill-top cannot be hidden” (NJB Matthew 5:14). In 1630, this was the source for Puritan John Winthrop’s sermon, “A Model of Christian Charity”, promoting a “city on a hill” that would become Boston. During the 20th century, John F. Kennedy and Ronald Reagan expanded on this reference in expressing an ideal of American exceptionalism as “a shining city on a hill” and a model for the entire world. In all three cases, the city is presented as an ideal to achieve (be it God’s salvation, Christian charity, or American exceptionalism) and not merely a hotbed for sin, violence, and corruption. One is forced to wonder how our planning of contemporary cities might be improved if we started from the premise that the city is a Divine ideal to achieve instead of an Earthly problem to solve.

References
Crook, A. 1997. The City in the Bible: A Relational Perspective. Cambridge, England: Jubilee Centre. Report commission by the Anglican Church of England.

NEXT: The City of Wisdom 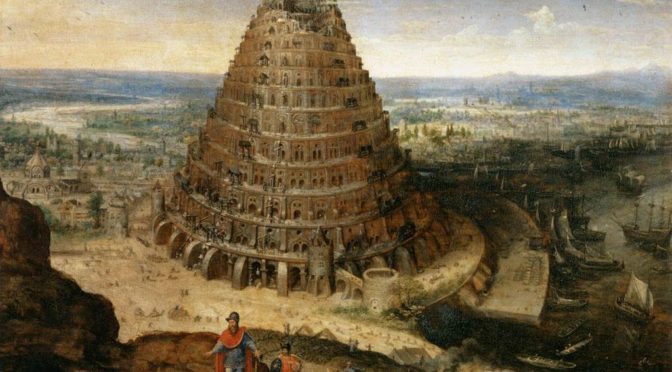 The Biblical City: Of, In, The…
by Dr. Mark David Major, AICP, CNU-A, The Outlaw Urbanist contributor 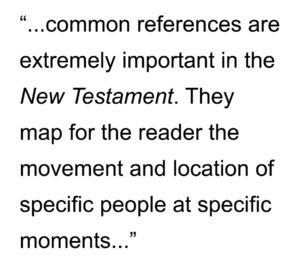 These common references are extremely important in the New Testament. They map for the reader the movement and location of specific people at specific moments, most usually Jesus and his Apostles, or in recounting past events/parables during the course of the primary action of a specific text. More than a third (36%) of the common references are a non-possessive, non-relational subject or object (direct or indirect) of a sentence. (e.g. “The city was…” or “…a city”). Again, this often occurs after a proper name was previously used in the text (i.e. we already know where the action is taking place). Finally, only eleven percent (11%) of the common references in the New Testament are possessive nouns (e.g. “the priests of the city”). These possessive nouns are often important for denoting differences; for example, between insider (e.g. resident or citizen) and outsider (e.g. visitor or stranger), the powerful (e.g. priests) and the powerless (e.g. poor), or other such relationships presented as a dichotomy in the narrative. 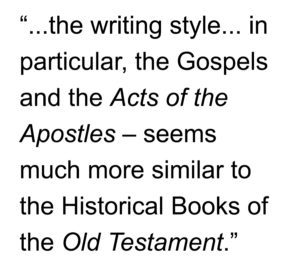 NEXT: Part 3, The Biblical City Redux